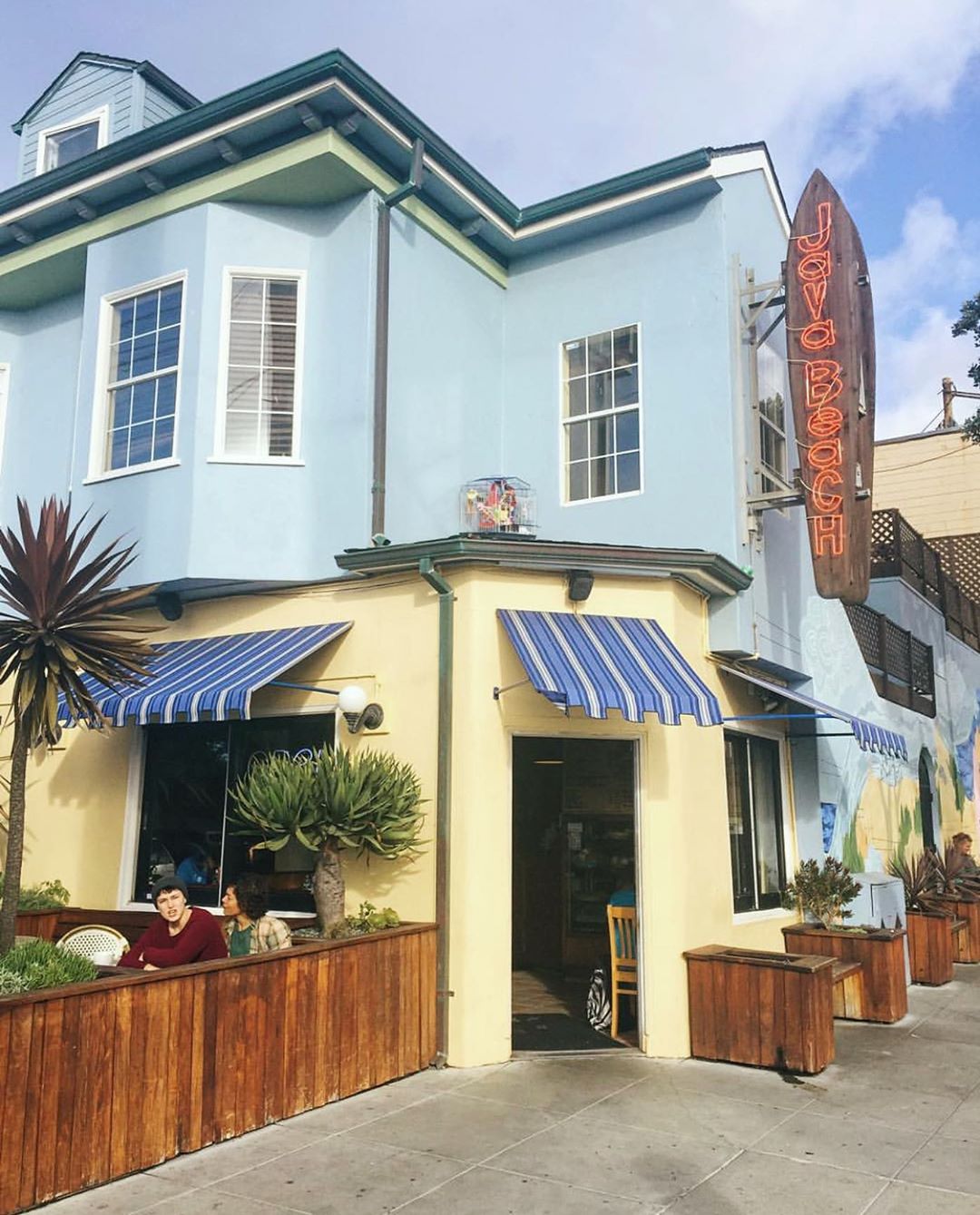 Pat Maguire was desperately trying to overcome alcohol addiction and escape from gang life. Both forces — along with the debilitating state of his Ocean Beach neighborhood at the time — rendered him powerless. Nearby surroundings were holding him back, but his natural curiosity and desire for change proved victorious.

Maybe it’s not common practice to overcome one addictive drink with another, but coffee gave the young Maguire an entirely new world of brewing to explore. It saved his life and helped him defeat alcoholism.

“So I would go to coffee shops…I used to sit with them [patrons], and I said, ‘Hey, why don’t you guys come to my neighborhood and open up a cafe so you don’t have to pull all the way down here?’ And they were like, ‘Oh, no, there’s not enough. There’s nothing up there,'” Maguire says when discussing how he entered the coffee business.

Just before the second wave of coffee catapulted brands like Starbucks and Caribou Coffee to higher heights, Maguire founded Java Beach Café. Since opening its doors in 1993, the cafe has prided itself on brewing 100 percent organic fair-trade coffee. All of Java Beach’s coffee products are sustainable, and Maguire still locally sources these offerings 27 years later.

Maguire met his wife and cafe co-owner, Buffy, working at the shop, and he credits her business savvy for keeping Java Beach Café alive.

“So my wife really helped me kind of grow the business in a proper way,” says Maguire. “She came from a lineage of business owners…it was kind of like a godsend and a miracle to find her.”

Albeit radical at the time, Maguire’s bet on a coffee-first environment paid off. His laser-like focus on product quality created differentiation in an ever-evolving market that helped him navigate multiple recessions and waves of coffee.

But since COVID-19 has ravaged the Bay Area, Maguire started experiencing something out of his control again.

“I don’t know if you ever used to like WWF wrestling. I did. But, you know, when the guy laying on the back is already out? And then the guy has to climb to the top of the ropes to give a flying headbutt to make sure that he’s out? If I look at the coronavirus like the flying headbutt off the top ropes of small business, just, slam! It’s over. Good night, and how people are going to make it, I don’t know,” Maguire explains.

Like many other local cafe owners, Maguire has been pressed to make difficult decisions. He laid off over 30 employees this spring due to the pandemic, and he reduced his cafe’s operating hours because of dwindling foot traffic.

The store once regularly closed at 11 PM — now, it’s shutting down at 5 PM every day. Nearly half of the original operating hours are officially gone, drastically impacting sales.

Java Beach Café’s latest woes are also further compounded by other challenges. Essential supplies and kitchen items have become more expensive for the cafe, forcing Maguire to raise prices on cafe items. Plus, rent increases are eating away at store margins, making it much harder for the business to survive.

But in an unexpected turn of events, Maguire might be seeing the light at the end of the tunnel. Java Beach Café has partnered with The SF New Deal, a local organization supplying business owners and workers with steady incomes. The nonprofit is helping flatten the curve by preserving patient capacity at hospitals and reducing the need to ration hospital resources.

And it’s providing Maguire with newfound hope. He credits Lenore Estrada, founder and executive director of the initiative, for keeping another classic San Francisco establishment alive, emphasizing that “without the deal, I would probably be shut down.

Instead, Java Beach Café and its resilient owner press onward.