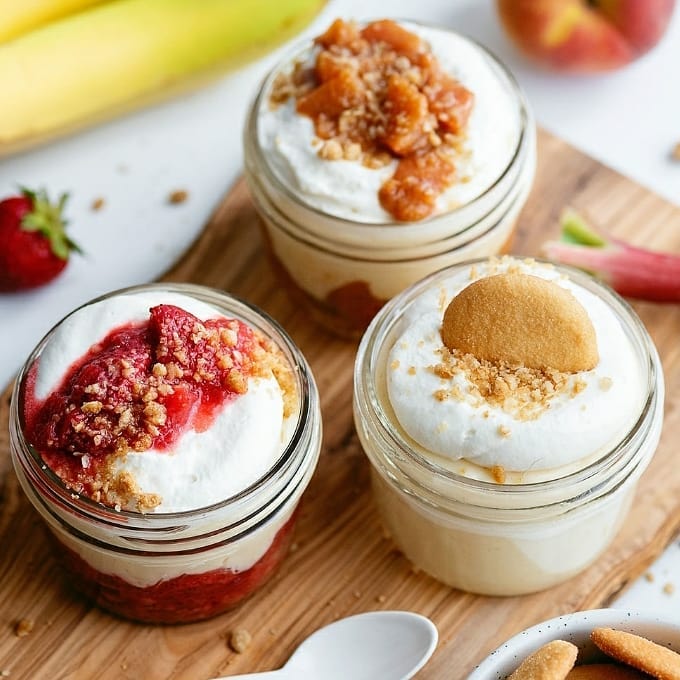 In a world dominated by calendars, routines, and reminders, we accustom ourselves to repetition. We crave a heightened sense of predictability. We follow our schedules and agendas religiously as our lives frequently run on plans providing us with structure. In some ways, this gives us a preview of what the future looks like. Then we set our expectations to curb any ambiguity, all for the sake of efficiency.

Yet many still believe life’s most fulfilling moments are unexpected.

Quanisha Johnson never awkwardly forced her way into founding Yes Pudding, a dessert company taking San Francisco by storm this year. Her journey dates back nearly two decades to when she first fell in love with baking her signature banana pudding for her family.

“Sitting down like over 15 years ago…I made my first banana pudding for family and friends. I was actually in charge of doing Thanksgiving dinner at my grandmother’s house,” said Johnson.

Johnson’s teenage years offered her a chance to refine her craft. When her grandmother started experiencing debilitating leg pain, Johnson regularly prepared dinners for her. And of course, the signature banana pudding made appearances.

Today, the times are different. When COVID-19 spread to San Francisco, Johnson responded in a way she always knew how — through her baking. After San Francisco modified its shelter-in-place order back in March, she began selling her signature banana pudding under the Yes Pudding name full-time.

Months later, Johnson has a full menu with carefully selected flavors like peach cobbler a la mode, strawberry rhubarb, and chocolate avocado. And now, the product has evolved into something beyond Johnson’s family tradition without disrespecting it.

“So I told myself early on that I didn’t want to be trendy,” said Johnson. “I want to be traditional, but I want to be idealistic at the same time, and not trendy.”

Striking the perfect balance between the past and present is a challenge Johnson embraces. And wholesale relationships with cafes, restaurants, and other organizations across the city help Johnson achieve that.

Yes Pudding partners with Bayview Bistro, a site dedicated to featuring the neighborhood’s best chefs. Known for its Bayview Bistro Box program, the initiative packages foods from different vendors together into to-go boxes designed for two or four people. Of course, Johnson’s products are included in both.

“I think it was really satisfying because a lot of owners of these restaurants knew it was impossible for their employees, so it gave them an opportunity to go to work,” said Johnson.

“The pandemic actually created opportunities, which is odd…not for everybody though.”

While the coronavirus pandemic has already left a negative impact on many restaurants, the racial disparities among restaurant owners give Black-owned restaurants a clear disadvantage. Only 130 Black restaurant owners received PPP loans worth over $150,000, according to Restaurant Business Online.

In the industry, Johnson believes she has not yet experienced similar racism as a business owner because she does not rent a brick-and-mortar location. And with heightened awareness and support of the #BlackLivesMatter Movement at an all-time high, she plans on seizing this moment by launching an online store soon.

“I think it’s great that we’re getting a spotlight now, definitely. It was the #BlackoutTuesday [that] happened while the Bistro Box launched in the same week. That’s how a lot of our sales happened…just by people sharing, posting on their stories…I got a really good response from that.”