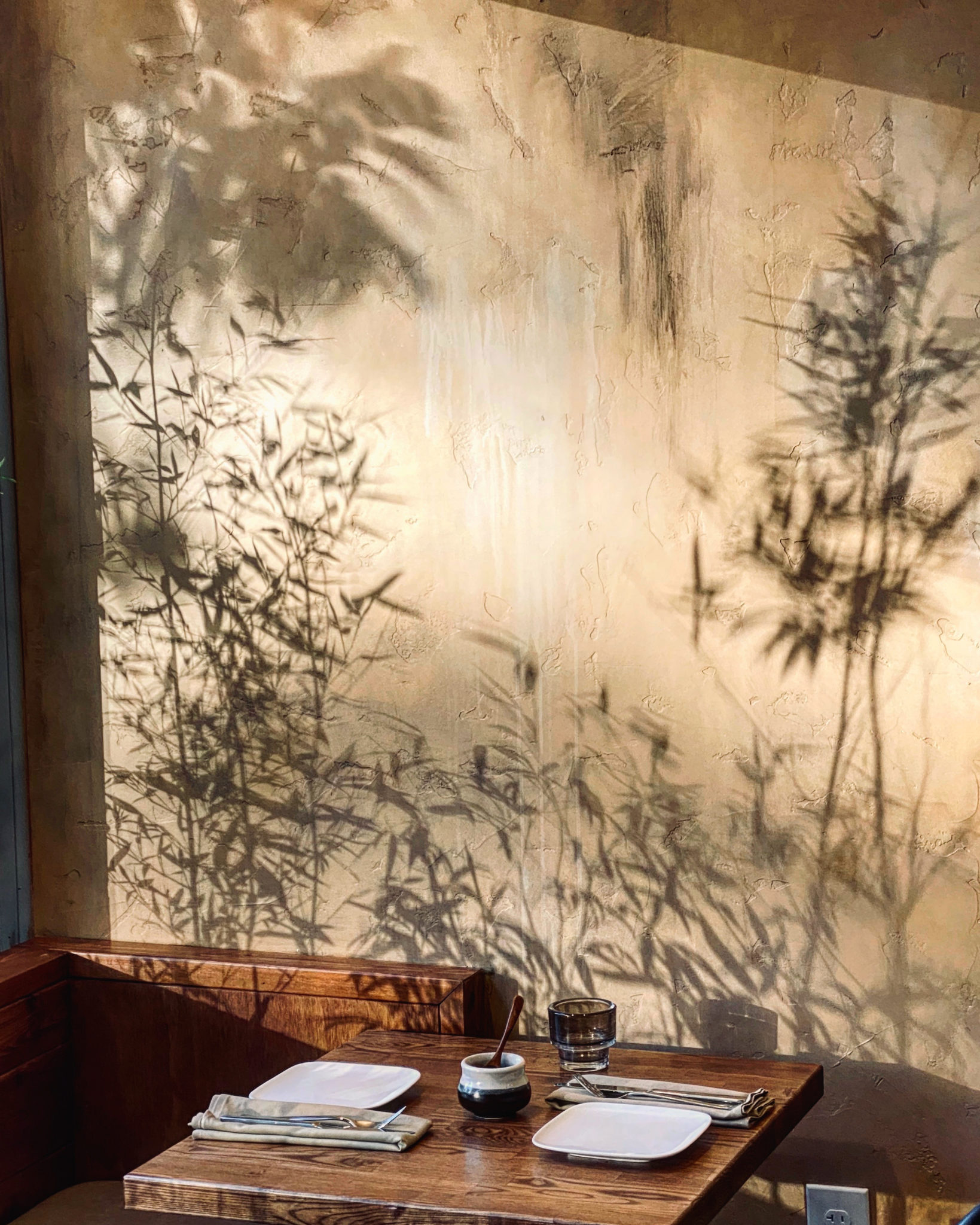 Above: A table in Lavash’s dining room

Several decades ago, a man stood at the corner of 7th Avenue and Irving Street, selling flowers out of a bucket. Now, Saeed Talai is fondly called the Mayor of Irving Street, a well-known figure in the neighborhood.

He and wife Nazila have developed deep roots and deep friendships in the Sunset District. Popular Persian restaurant Lavash is the latest in a string of businesses—including a taqueria and a tea lounge—that he and Nazila established in the neighborhood.

Saeed and Nazila, who both came from Iran, began their professional relationship when Nazila, an artist by nature with a particular eye for flowers, started assisting Saeed at his floral stand.

The stand grew into a shop, and then another, until the couple’s shared passion for flowers bloomed into several stores across San Francisco. In the late 80s, they opened L’Avenida, a taqueria which became a cult favorite and was named the “Best Burrito in San Francisco.”

As the San Francisco taqueria market became more saturated, Nazila and Saeed focused their energy on a new endeavor in 2008: Lavash, a sit-down Persian restaurant—one of only a few in the city—on the same block where they had sold flowers years before.

It’s a family affair: the couple’s three sons, Kaivon, Kamron, and Kian, continue to help their parents run it.

“If you grew up in our family, you would know that everything was about food. Everything,” says Kaivon. “When you eat food, it brings people together. That’s how my parents think about it.”

Lavash is one of only a few Persian restaurants in San Francisco, and Saeed and Nazila sought to  introduce the Talai’s Iranian culture to diners while also incorporating a California influence.

This union is similarly reflected on the menu, which pairs authentic Persian cuisine with a San Francisco emphasis on health and local producers. Saeed visits the Cesar Chavez Farmers Market on a regular basis to browse for the freshest, most organic food. “He wants to bring what’s local to us and make everything from scratch,” Kaivon says.

Nothing at Lavash is premade and much of it is what Saeed and Nazila still make at home, from marinated, seasoned kabobs to jeweled rice studded with raisins and orange zest. The menu also caters to a wide variety of dietary restrictions, including vegan, vegetarian, and gluten-free, so nearly everyone can find something to enjoy.

Just as the food pays tribute to the Talai’s time on Irving Street, so does the interior: Nazila creates striking, intricate floral displays once or twice a week in the restaurant, sourced from the flower market that she and Saeed visit regularly.

The effect is an atmosphere that beckons and welcomes, whether for a night out by yourself or to celebrate a special occasion with friends and family.

“They open the doors to their home here,” says Kaivon. “This is not a restaurant. This is a home for them.”

And then, in January 2018, a fire ripped through the establishment. After ten years, it was forced to close to undergo extensive renovations. It stayed shuttered for two years.

In January 2020, the restaurant was ready to once again welcome guests. The Talai family launched a soft reopening but didn’t get a chance for a larger affair to announce their return. Restaurants in California were ordered to halt in-person dining in March as COVID-19 hit the United States.

At the start of the virus, along with adjusting to the fact that Lavash would be closed once again, the restaurant scrambled to get everything prepared for pick-up and delivery.

The kitchen’s workflow had to be redesigned, they had to shift to digital and partner with food delivery apps like Grubhub, and they had to procure the right materials and containers for takeout.

Now, as the restaurant adjusts to the changes and an uncertain future for in-person dining, the community has rallied around the Talais, buying food and checking in. The support is both a testament to the food and to the family’s connection to the neighborhood.

Saeed knows everyone, Kaivon says, and has at least a five-minute conversation with each person who passes by the restaurant.

Lavash’s full menu is currently available for takeout or delivery. To support the restaurant, people can buy gift cards or donate to Lavash’s GoFundMe campaign.

“Our goal is to continue what we started, build that place where people can feel comfortable and come in and have a good meal with themselves, their friends, their partner, or family. That’s what we really want to continue going forward,” Kaivon says.