Myriad | The Mission District Gastropub that Keeps on Giving 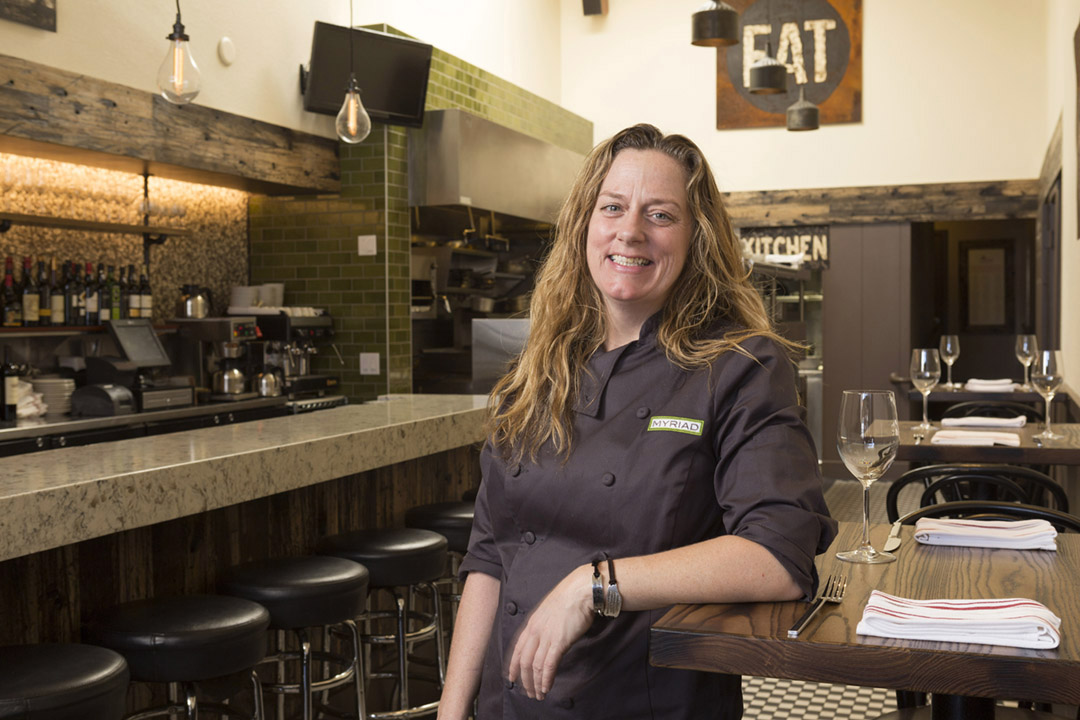 Chef Trish Tracey’s culinary beginnings trace back to her childhood in New Jersey. As the youngest of six kids with a single working mom, she would pitch in by helping cook dinner for the family.

“It gave me an appreciation for what food meant,” Tracey recalls fondly. “That was our time to cook together, sit down at the table together every single night, have our meal, talk about our day. Family taught me the importance of food and how much love that brought to all of us and how we shared.”

Tracey followed that passion to culinary school, and went on to cook for a slew of different restaurants and hotels, alternating between the Bay Area and the East Coast. Her resume is adorned with various cuisines, different restaurant styles, and a few managerial roles with the Real Restaurants group. After being involved with opening five different restaurants—three in which she worked as the executive chef—the time finally came to open her own space.

“I’ve always had this thing in the back of my head, that I wanted to own my own restaurant someday. That was my determination. Growing up in a big family, that sense of community and having room at the table and sharing is a part of me. I envisioned a restaurant that was like coming together for a holiday, where it gets loud and there’s all kinds of different food on the table, a real sense of community.”

“It took some twenty-odd years but I got there,” she says heartily.

Myriad in the Mission

Myriad Gastropub officially opened their doors in June of 2015 in the Mission District, which Tracey says is a near-perfect fit for the space.

“I love the sense of community in the Mission,” she elaborates. “I knew my business was going to be an extension of me and my home. These are my people, the customers and the employees. I feel very connected to my business neighbors, we all look out for each other.”

Myriad is aptly named, if for nothing else but their eclectic menu. Their seasonal and globally-inspired menu items are an extension of Tracey’s need to create as well as share ideas.

“I’ve been fortunate to do different cuisines throughout my career,” she says. “I eat a lot of different things, I love to play and explore different areas. [In my career] I found that when I hit that three-year mark doing specifically one thing as the chef, I got antsy and wanted to expand.”

Apart from her exemplary culinary experience, what she brings to Myriad is a hospitable and welcoming spirit.

“The clientele is a mix,” Tracey says. “We get toddlers throwing cheerios to older folks and everywhere in between. I’m a very inclusive person and I wanted the restaurant to be that way.”

Still Sharing during Shelter in Place

In the weeks leading up to the California shelter in place orders, Tracey says she could read the tea leaves.

“We saw a full month of sales becoming less and less,” she explains. “People themselves decided it was scary to go out. That last weekend, I had already decided to close on that upcoming Monday and regroup. My gut was telling me we were going to be told to close.”

During the closure of Myriad Gastropub, Tracey says she decided against doing takeout and delivery, citing both the risks it posed to her staff as well as not being able to break even with sales.

“I wanted to keep my staff safe. I didn’t think it was going to go on forever but you could tell it was a serious situation.”

About two thirds of her staff have been depending on unemployment insurance to stay afloat. The Myriad website and Facebook page both list a GoFundMe that directly supports the staff.

While she hasn’t had guests at her tables, Tracey has still been able to live up to her mantra of sharing meals. Alongside a few staff members, she’s used the kitchen at Myriad to help prep meals for frontline workers through the nonprofit Frontline Foods, upwards of seventy meals a day. She says the situation has been a “win-win-win.”

“Most of the staff is safe at home, the people with no government funding are able to get a small amount of hours with me, we’re feeding people who need to be fed, and I’m usually able to send my workers home with food,” Tracey says proudly.

California is preparing to move into phase three of reopening the economy, laying out new restrictions for dine-in restaurants. As far as reopening the space, Tracey is cautious but optimistic, saying that it depends on when everyone is comfortable again.

“Once the charity winds down and shelter in place is lifted and people come back, we will be open again,” she says. “The most important thing we can do right now is have hope. I have hope for all of us, and I have hope for the community. We’re survivors.” 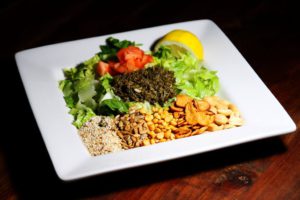 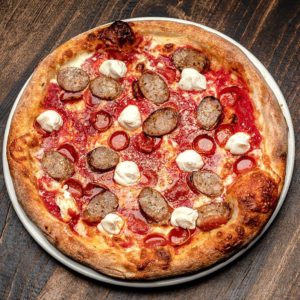 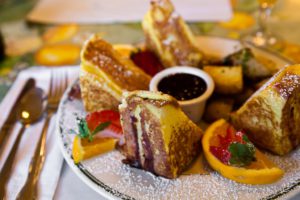