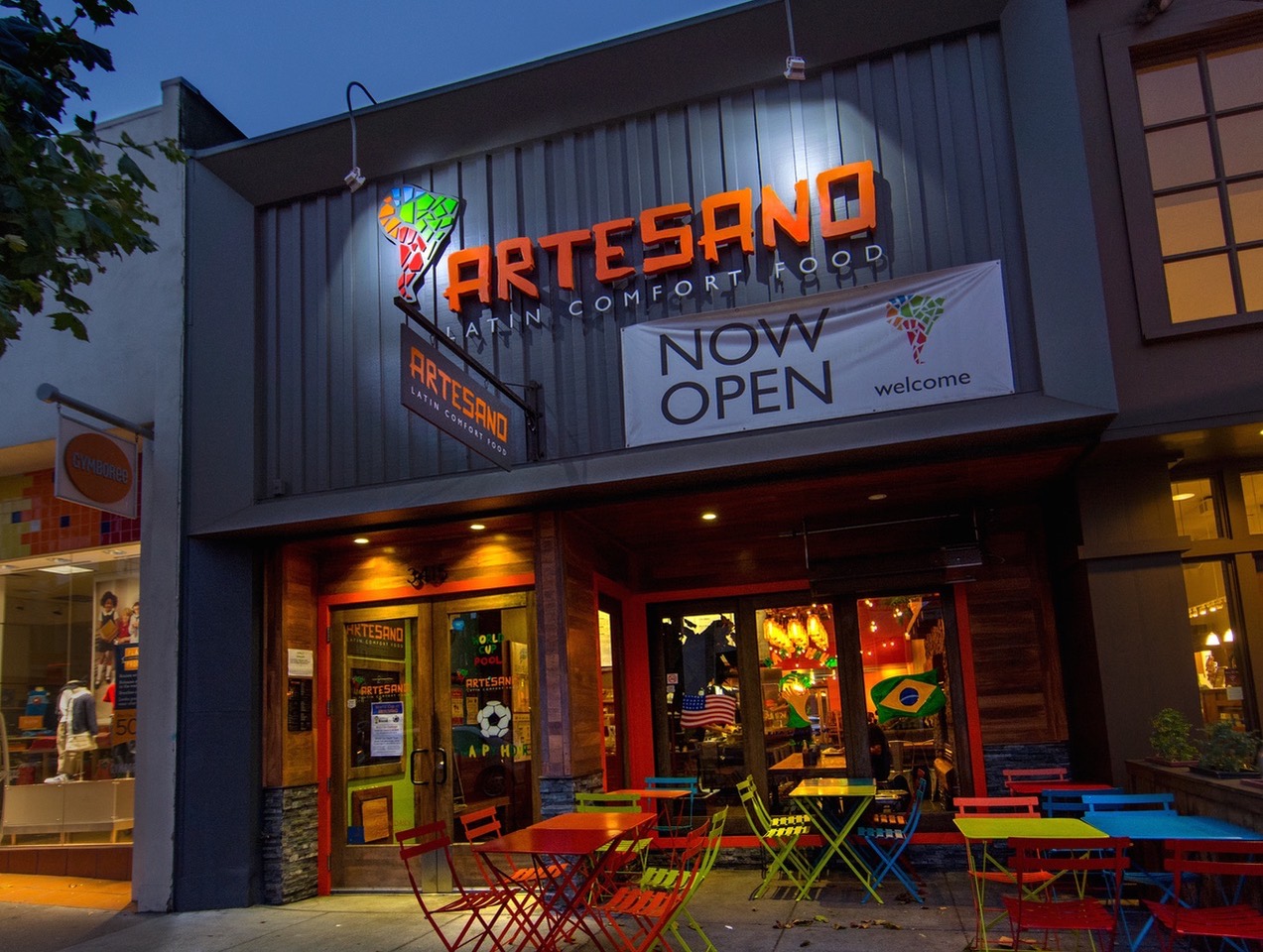 While spending four years in Brazil for work, Douglas Mathieux immersed himself into a food culture he never expected to come across. The French-American went from enjoying croques at Parisian cafes to devouring arroz and feijão across the agricultural regions of São Paulo.

Mathieux admitted he did not love every single meal he tried at first. But his taste palette evolved – some meals were delicious on the first attempt, while others took time to adjust to. From his own experiences, he started realizing there were enough meals from Latin America that Americans would enjoy from the first bite on. And by prioritizing these dishes, Mathieux found his inspiration for Artesano, a Latin comfort food restaurant in San Francisco’s Laurel Village.

“Even though I love Mexican food, there’s plenty of Mexican restaurants out here,” said Mathieux.

Of course, San Francisco’s love affair with Mexican cuisine makes the city a better food town while reinforcing a sense of cultural pride. But introducing San Franciscans to foods from countries like Cuba, Argentina, Peru, and Brazil also exposes them to Latin cultures that often go unnoticed in town.

52.7 percent of San Francisco County’s Hispanic population is Mexican, according to the U.S. Census. Meanwhile, Cuba (1.3 percent), Puerto Rico (3.7 percent), Argentina (1.1 percent), and Peru (2.8 percent) fail to comprise 10 percent. These numbers directly influence what food is most available across restaurants in town.

“So I wanted something a little different,” said Mathieux.

It became clear these cultures needed to make their way onto the menu. The churrasco steak—a barbecue dish from Brazil, Argentina, and Uruguay—is topped with zesty chimichurri sauce. The Peruvian saltado de camarón is a wild shrimp stir fry that packs heat with red bell peppers. And the Cuban unpulled pork subtly sports a sweet-and-sour taste that contrasts with what is commonplace on most American steaks.

Artesano also wins over health-conscious customers because the majority of its menu is gluten-free. And most of its tapas and sides are vegan-friendly.

Before COVID-19 wreaked havoc on the Bay Area, life was good for Artesano. 25 percent of sales derived from takeout and its catering business was proving to be a success. But as the pandemic worsened, Artesano started facing more challenges.

“Most restaurants are making five percent or less in [the] margin. So if you have a five percent margin, then all of a sudden you take 25 percent of your sales and remove 30 percent…you’ve actually lowered profitability as the whole restaurant by 7.5 percent, and that’s why you had a five percent profit margin,” said Mathieux.

Artesano’s delivery struggles are not exclusive to COVID-19. Relationships between third party delivery services and restaurants create revenue-sharing challenges that sometimes leave owners of establishments at a disadvantage.

However, the pandemic is pushing Artesano to become more creative. Mathieux is helping bring people together via noteworthy family meal promotions. The family meals consist of four to six courses, including dessert, and feed four to six people.

Mathieux has found success with a similar family focus in his other restaurant, Rigolo Café, and implementing this approach fills a void left behind. It may not be as lucrative as serving a crowded dining room in a pre-pandemic world, but it’s enough to keep the restaurant busy and Mathieux content.

That’s all a restaurateur can ask for right now.