Fish fries on Friday nights reigned supreme in the lives of Almeta and Stephen Perry. Yet for the couple, the weekly event was simply just a way to connect with friends and family. It was never forced as an awkward short term trend that would fade away. The tradition passed down from one generation to the next. But as the Perrys yearned to promote entrepreneurship in the Lower Haight, they realized their fish fries could also strengthen the local economy.

“So that’s how we got the idea to open up a fish market—a fish restaurant—based on the Friday night fish fries that my mom would have,” said Nikki Cooper, Almeta and Stephen’s daughter.

In 1977, Almeta and Stephen founded Two Jacks, a Southern comfort spot dishing out some of the best seafood in San Francisco. Two Jacks opened two more locations in 1984 and 1987 after finding success with the Haight Street location. Nikki, who spent her formative years around the business, assumed ownership of Two Jacks in 2006, later changing the name to Two Jacks Nik’s Place. Rebranding efforts under her tenure didn’t change original family recipes that have lasted for over 60 years. And Nikki still prioritizes her community the same way her parents did.

“For me…I still have the responsibility to translate the love that I have for my people in my food,” said Nikki.

When COVID-19 spread to San Francisco, Two Jacks Nik’s Place experienced similar effects to other restaurants’. The establishment has shortened its operating hours and relied on third-party delivery platforms to drive sales. Meanwhile, as more restaurants complain about their first-ever pandemic, Nikki reaffirms another has already been taking place: systemic racism.

A coronavirus vaccine is expected to become available by 2021. But racism cannot be cured by a single injection.

Since late May, growing support for the Black Lives Matter movement spurred a wave of social media initiatives. Trends like Blackout Tuesday inspired users to patronize Black-owned businesses, including restaurants.

Two Jacks Nik’s Place saw a small uptick in sales throughout June. But following this immediate surge, revenues returned back to the same levels during the coronavirus pandemic. Now Nikki wants to know why the public outcry was short-lived.

“But it’s just..so unfortunate that it was a fad or just a day. Having one Blackout Tuesday is not going to help Black businesses survive what’s going on right now,” said Nikki. “It would be nice if it happened more often.”

With fewer protests happening, Nikki’s character stands in a league of its own. Whereas most people view any efforts to end racial discrimination and systemic oppression as a sprint, she sees them as different stages in a long-distance race.

Nikki draws inspiration from the late rap icon Nipsey Hussle, who famously championed the message “The Marathon Continues” throughout his music career. Beyond his Grammys, Nipsey’s stewardship and activism paved the way for sustainable economic development in Los Angeles’s Crenshaw District.

Nikki’s accomplishments also remind us there are more community leaders around the country following Nipsey’s playbook to perfection. She embeds the same values into Two Jacks, leaving a legacy that continues family fish fries of the past while going above and beyond to create a better future:

“We opened businesses…to show those children in the neighborhood that you can be your own boss, and have employment with your own people. I want to best represent an authentic, holistic healing of the Black community, and that definitely is going to happen outside of food.” 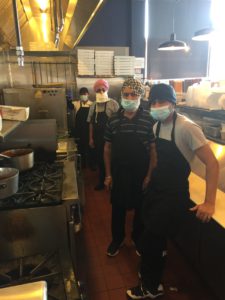 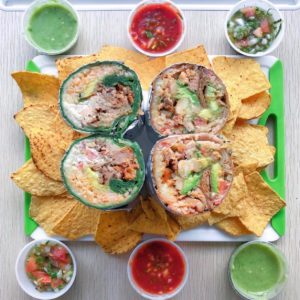