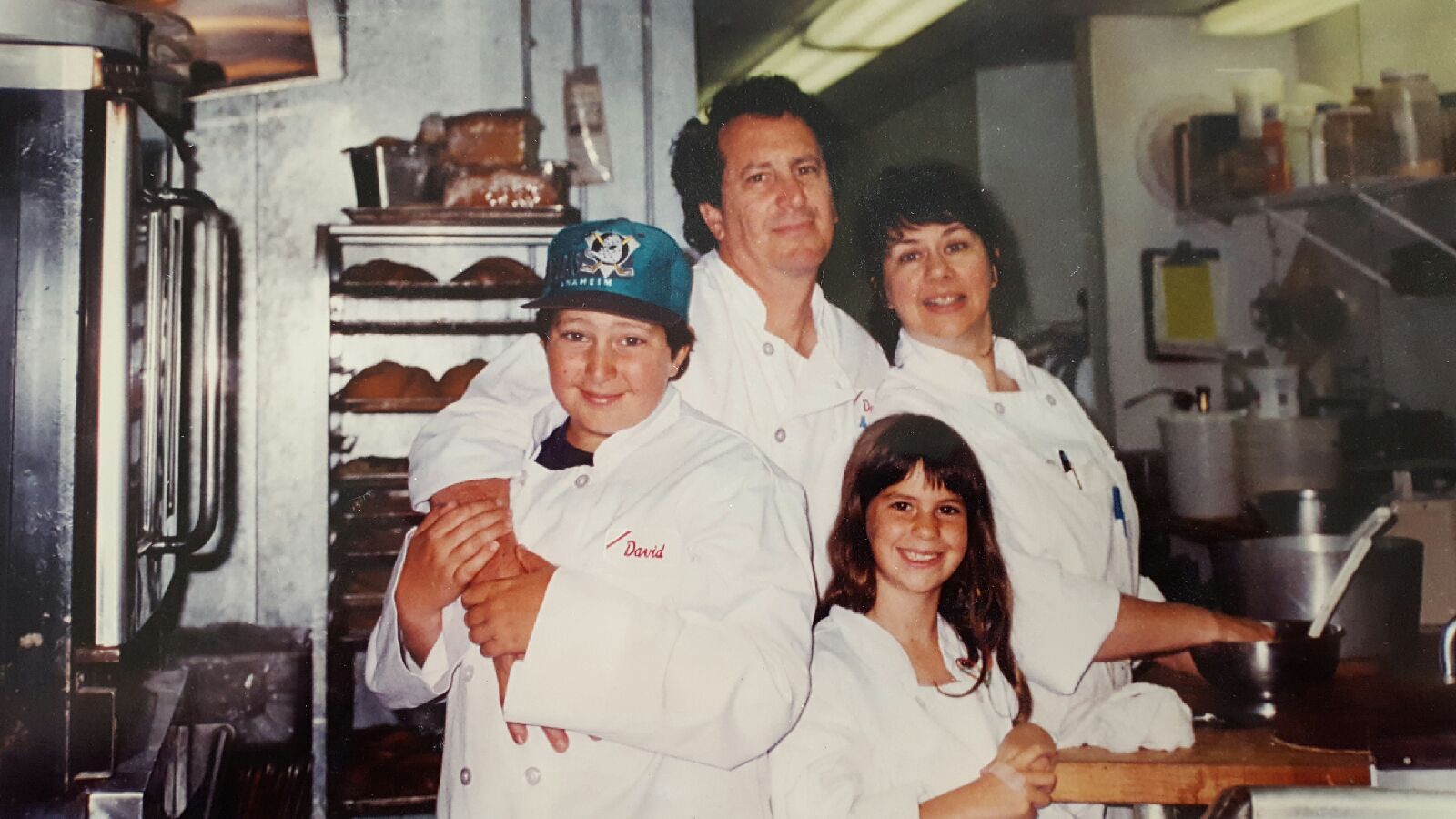 Pictured above: The Sperbers in the Town’s End kitchen (1993)

Spouses Mary and David Sperber first met one another while attending the California Culinary Academy in San Francisco in 1980. Since then, they haven’t just been partners for life, but in business as well.

“We raised three kids through all of it,” David reflects fondly. “It’s been quite an adventure.”

Shortly after the birth of their second child, Mary and David opened their first restaurant Home Plate in 1986. After a three-year run, they had sold the restaurant in order to build a new one in the Embarcadero in San Francisco.

As fate would have it, they had only just signed the agreement with the new owners in 1989 right as the infamous earthquake rocked the city. While it spilled their product onto the floor of the restaurant, the solid rock that Home Plate was built on kept them from sustaining too much damage.

Natural disaster didn’t stop Mary and David from opening Town’s End Restaurant & Bakery in the spring of 1991. For a daytime brunch restaurant, they couldn’t have picked a more picturesque location. Town’s End sits on the dry side of the Embarcadero, in the shadow of the Bay Bridge and a stone’s throw from Pier 38.

The Sperbers have raised their three kids since the 80s, each of them at one point working in the restaurant. Extending beyond their personal familial involvement, Town’s End has come to be known as a family affair within the community.

“As a family restaurant, we’ve raised a lot of our customers’ kids, we’ve seen them all grow up over the years,” David explains affectionately. “We have a host who now works for us occasionally that just graduated from Iowa State. His parents were customers of ours before he was even born.”

This familial bond doesn’t just extend to their clientele, either. David and Mary have cooked alongside the same chefs for as long as twenty years, and served alongside some waiters for fifteen.

“We like to consider that as one of our strengths, that we’re all a big family,” David says. “I think people are drawn to that.”

After a lifetime in the Embarcadero, the landscape of the neighborhood has changed in some dramatic ways. The Giants’ baseball stadium opened in April of 2000, and Town’s End suddenly found themselves up against some giant-sized competition. With the ballpark just a block away from their location, walk-in traffic from the marina was squashed.

“During the regular season when we have people going to the games, our daytime business is really good,” David explains. “Nighttime business started out really well, but they’ve developed so much in-house over in the stadium that I think it took a lot of our dinner business away. Plus, parking is impossible on the Embarcadero when there’s a night game.”

He says this loss of nighttime crowds was partially responsible for their decision to eventually discontinue dinner service. As dramatic as this change was, it wouldn’t be the last time they’ve had to respond to a new uncomfortable reality.

Reopening – the Slow Climb Back

The shelter in place mandates forced Town’s End Restaurant & Bakery to close down for two-and-a-half months. Knocked down but not knocked out, David and Mary received enough financial assistance to open their doors again, and they started back up with takeout around the beginning of June. The response was positive, but indicative of other challenges they’ve had to face.

“The first day we opened for takeout, it was a little bit busier because people were happy to see us back,” David explains, “but then it kind of tapered off a bit after that. We’re not in a central location in the city where people gather from a customer base all around us. It’s been people that know us already.”

In response, Town’s End slightly modified their menu to adapt to the new reality. They’ve added a half barbecue chicken, brought their famous brisket to the brunch menu, as well as a sautéed petrale sole and a fried chicken sandwich.

“I’ve had to set up my line in the bakery, because trying to make dinner items alongside egg dishes and pancakes is basically impossible,” David laughs, “We’re trying to formulate the most efficient system possible.”

Town’s end was able to begin serving outside tables just in time to celebrate Father’s Day and keep to the family values that are intrinsic to the restaurant. David says their Father’s Day service sat twenty-five tables, and the climb back to normal capacity is a gradual process.

“We’re trying to play it by ear, but it’s a different ball game,” David explains. “It’s kind of frightening. We don’t know what to expect, and that’s kind of weird. It’s a new situation, but we didn’t want to just give it up after twenty-nine years.”

Town’s End Restaurant & Bakery is expected to be able to resume seating tables indoors this month. In spite of disastrous earthquakes, competing with a goliath baseball club and a global pandemic that nearly capsized an entire industry, the Sperber family still rolls with the punches after all this time. 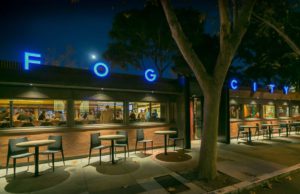 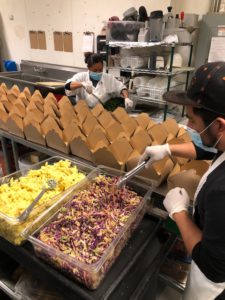 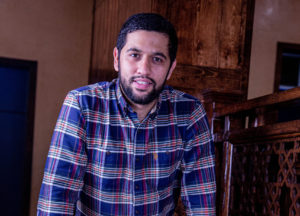