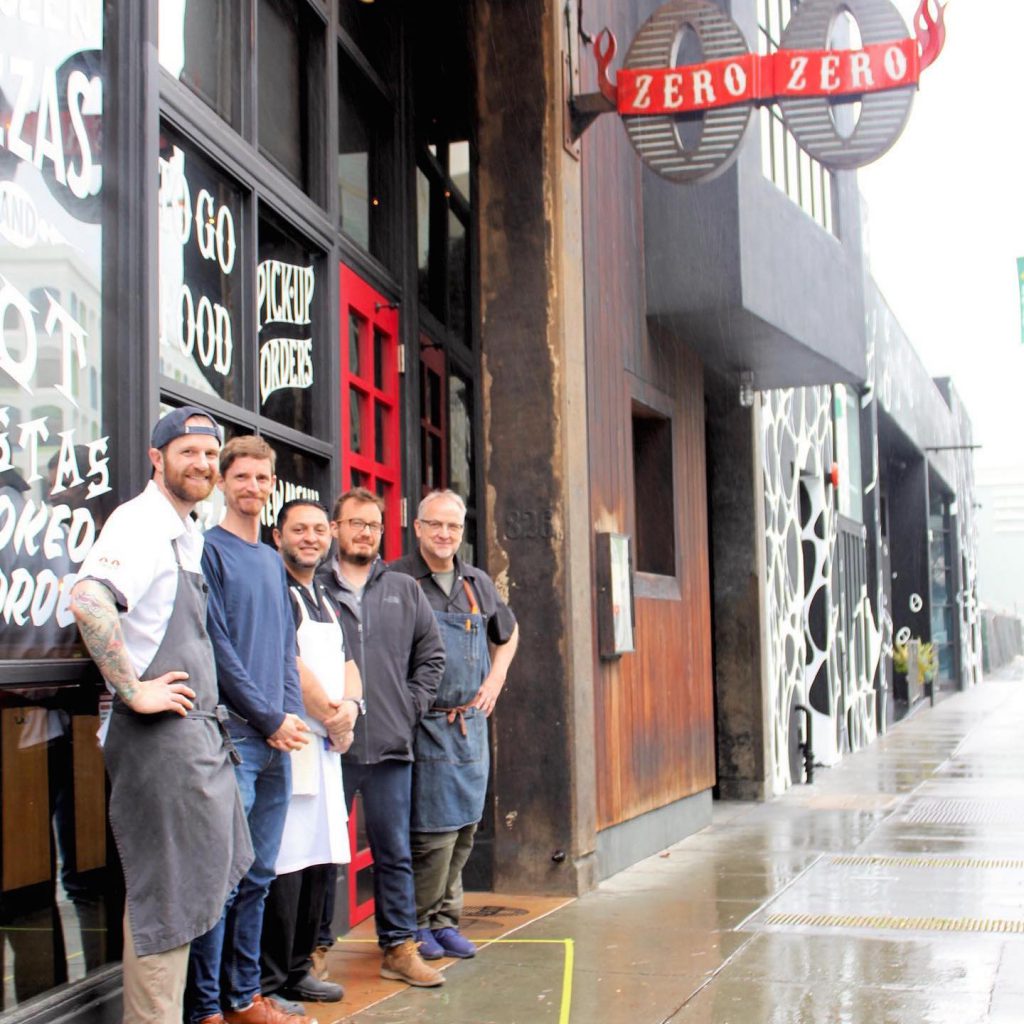 “New menu! Frozen pizzas and hot pastas!” Wandering down Folsom Street in SoMa, you may notice the dramatically painted windows of popular Italian eatery Zero Zero. In an ode to San Franciscan entrepreneurs past, chef and owner Bruce Hill painted his restaurant’s windows in the early days of the stay at home order.

Hill is no novice in the San Francisco culinary scene. His resume boasts over thirty years in the city and includes an array of outstanding restaurants. Hill knew from adolescence that he wanted to be a chef, which he attributes to his mother being an adventurous cook, dabbling in different ethnic styles. His “cooking epiphany” came at age fifteen on a family vacation to Europe. He was significantly affected by chatting with young, impassioned apprentice chefs. He knew that he wanted to devote his life to learning about food and cooking.

He showed up in San Francisco in 1984 on his motorcycle without training, save his experience cooking in hospital kitchens. He started as a prep-cook at influential chef Jeremiah Tower’s Stars, which in the 1980s was “the big deal restaurant here in San Francisco.” Hill spent the next decade working in some of the Bay Area’s most cutting-edge restaurants, including Aqua and Oralita. In 2000 he joined the partners at Real Restaurant Group to consult and help manage a smattering of successful San Francisco restaurants. This included the two restaurants that Hill is still involved with, Zero Zero and Bix.

Zero Zero opened in 2010 and was an immediate success. The lively, two-floor restaurant serves up Neapolitan style pizza that has been hailed by 7×7 Magazine as the “Best Pizza in San Francisco.” Zero Zero does not stop at pizza, it also highlights Italian pastas and classic cocktails.

Decades of experience and a hand in many successful restaurants could not prepare Hill for what he is now dealing with during the pandemic. Hill had to lay off the majority of his staff, which was no easy feat for him. “You can’t even give them a hug anymore, you just look at them and say “I love you guys and I can’t wait to hire you back,”” Hill said.

The pandemic has caused Zero Zero to adjust. Their model had always been “standoffish about delivery. We put so much love into our food, we want to make your order fresh and put it right in front of you.” However, on March 17th, the first day of the stay-at-home order, Zero Zero launched its to-go only model. They have lowered menu costs and increased portion sizes to make it worth it for people to buy food out when personal finances may be running low.

Like others, Zero Zero has seen a devastating decrease in sales. Unlike some others, Hill has no plan of shutting the operation down. For him, continuing to cook and create is what is keeping the life blood pumping through the business. “This whole scenario really taps into your drive to fight, the fight that’s within you. I’m going to keep trying until the very end,” Hill said.

For Hill, this is an opportunity as an industry to reopen stronger. He is hopeful that “we come out of this in a more fair and equitable way… that contributes to the long-term sustainability of owning a restaurant.”

When pressed on what an experienced restaurateur such as himself would consider a more sustainable system, he said that one important part of this is “a big shift in how restaurants divide up their money.” Currently, it is unbalanced between the front-of-house staff and the back-of-house, or between the dining room and the kitchen. California is one of seven states that does not have a tip credit. This means that in the Bay Area, tipped workers such as restaurant servers are paid the base state minimum wage plus tips, opposed to tips supplementing a lower minimum wage.

By implementing a tip credit in California, Hill believes there would be more fairness between the dining room and kitchen, and more profit would be generated for the restaurant. “Leading up to [the pandemic], we were on a trend of restaurants making less and less money. They need to make enough so that it is a worthwhile business.”

Hill wants to underscore that when restaurants do open up, people should feel comfortable eating out again. As restaurateurs, the protocols of safety and cleanliness are already in their DNA. “Trust us, we will open up very carefully with the guidance of the local health department. It will be safe and although there won’t be as many of you – you will have a great experience.” 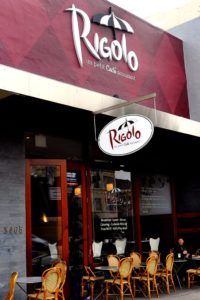 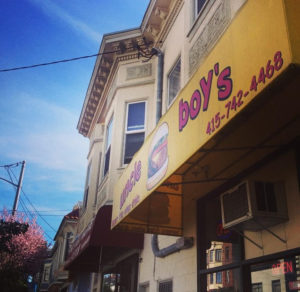 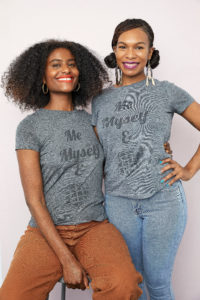