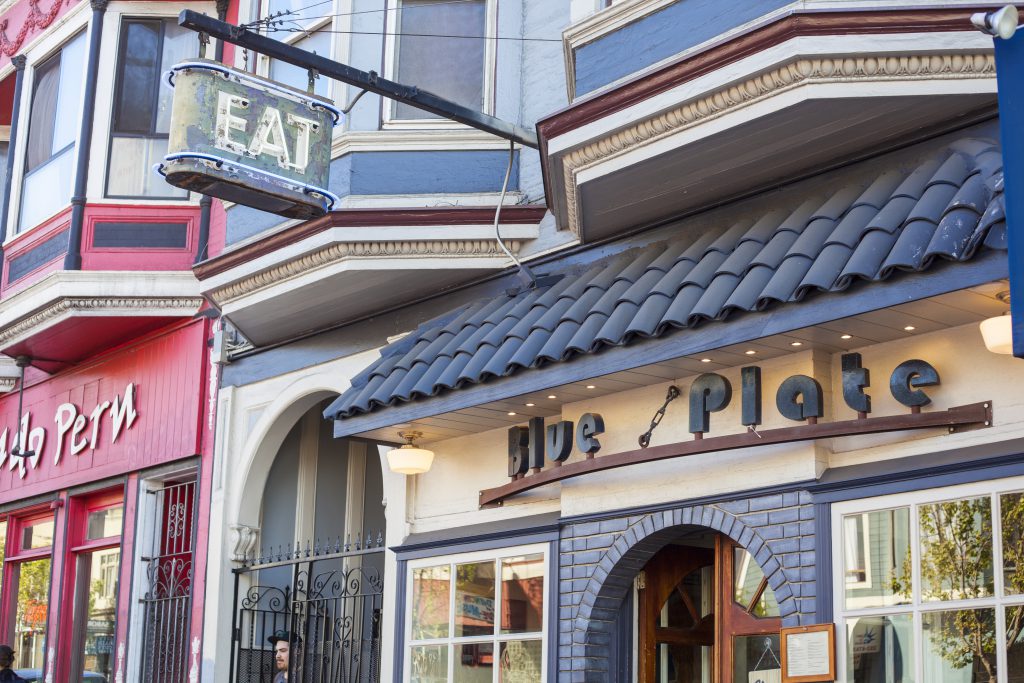 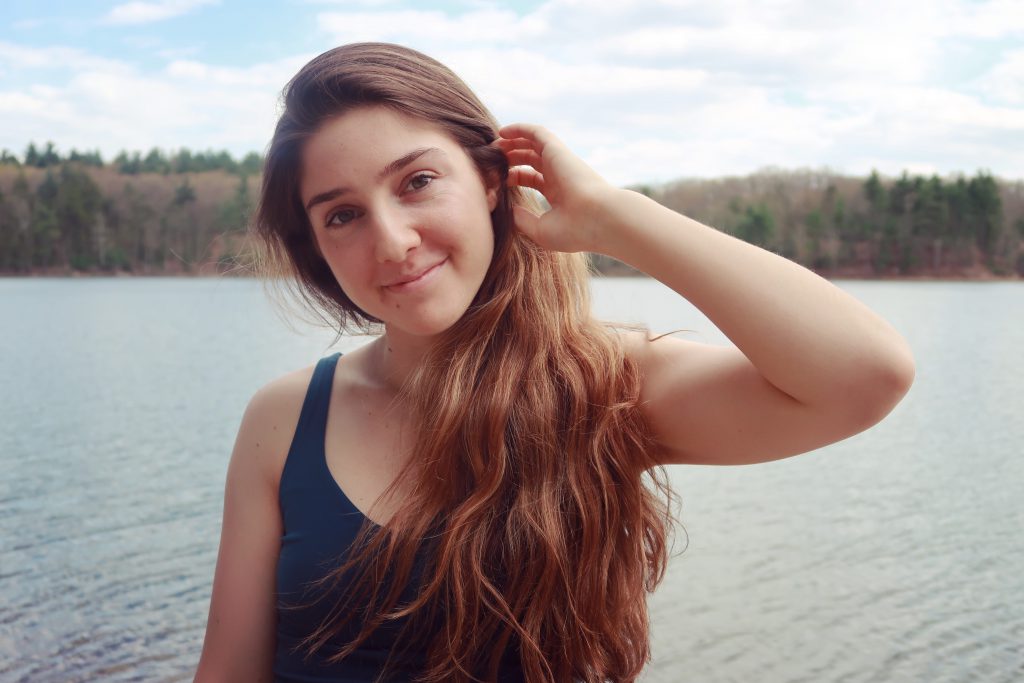 When Jeff Trenam was a college student at Berkeley in the early nineties, he was studying botany and on the road to becoming a landscape architect. Yet, in the back of his mind, he felt the municipal work he was heading toward “seemed really soul-sucking.” “I was young and enthusiastic and dreamed of a little more self-expression,” Jeff said, “not just waiting for retirement.”

After leaving Berkeley a year early, Jeff and three of his friends from college thought, “Let’s just start a restaurant.” Jeff knew nothing about starting a restaurant, but two of his founding partners came from “foodie kinds of families” and while thrift shopping, one of them found a set of chandeliers that they would look good in a restaurant. With chandeliers in tow, the four of them each pitched in $10,000 — Jeff using his settlement money from a motorcycle accident — and started Blue Plate, which has since become a favorite among locals in the Bernal Heights District of San Francisco.

Blue Plate started out casual. “If you could shot gun a can of beer, we would give it to you for free,” Jeff says of the early days of the restaurant. Now, 21 years later, when they recognize a customer, they bring out a bottle of sparkling wine from France. Blue Plate has evolved in tandem with San Francisco. As the tech industry and “Anthony Bourdain culture” swelled, people became more interested in fine dining. Blue Plate responded by coming up with more complex dishes. “We became more polished,” Jeff said. “Polished but still super casual. Still steak and fried chicken, but taking the bone out of the fried chicken.”

Blue Plate is a neighborhood restaurant for people for who care about “good food, good ingredients, and good meat” but for whom “the pretense is not important.” The restaurant sources local produce and offers grass-fed meat options, Some of the restaurant’s most frequent customers are artists, famous skateboarders — relics of Jeff and his co-founders’ skateboarding years — and publishers. Some travelers, too, Jeff said – travelers who “like a place with a little personality.” When hiring employees, Jeff tries to find people who enjoy talking to customers because although food is important, ultimately the co-founders’ intent was to create a social experience.

The way Jeff sees it, fast casual dining, where you order at a counter, get a number, and sit on a bench outside is “more like fuel.” “There’s a certain soullessness to it,” he said. It’s not the full, strengthening experience that a sit-down meal, where the food is brought to you and plates are cleared, provides. For Jeff and his co-founders – all people who were “energized by social activity” – Blue Plate was a place where people could socialize, catch up, and rehash the day.

Recently, however, the tables in the restaurant garden have been turned upside down and Blue Plate has been forced to become a takeout business. Prior to pandemic times, Jeff estimates that takeout made up one percent of their business and “five percent at the most.” When restaurants in San Francisco had to close, Jeff thought, “This’ll be over in three weeks.” He told his employees to go home, have some wine, and catch up on their Netflix shows. After three days at home though, “We all got antsy,” Jeff said.

At that point, Jeff and his co-workers decided to come up with a limited menu of dishes that traveled well. Luckily, some of the most popular items on their menu — fried chicken, mac and cheese, meatloaf, and deviled eggs — did. When it became clear that this was going to last a longer than three weeks, Jeff made clear to his staff that they were in it together. With no need for hosts, servers, or bartenders, some of the Blue Plate staff became unnecessary. Jeff emphasized to his staff though, “We are not letting people go, we are just going to furlough you.”

Jeff and his co-owner Cory Obenour – the other two founders left early on to pursue other careers – applied for a the Paycheck Protection Program (the “PPP”), a loan which business owners can use to support payroll and which would allow Blue Plate to hire back members of the staff who were furloughed. The PPP, Jeff explained, would allow for a bit of leeway to experiment during this time, like trying to do a brunch service, for example, and using this time to become known for more than dinner.

While waiting for the stimulus money, Blue Plate entertained the idea of setting up a GoFundMe to support its employees. In the end, Jeff and Cory opted to hold a dinner service where all of the revenue (except sales tax and delivery partner margins) went to employees. They raised $7000. When divided among the staff working that night, “Maybe not a lot per person, but it cemented the sentiment that we were in this together,” Jeff said.

Blue Plate did end up getting the PPP, which if spent according to the rules that the government lays out essentially becomes a grant. Jeff is hoping he can extend the use of the loan he received from the eight weeks permitted to ten or twelve weeks, because with a shrunk staff and lower costs associated with running a take-out business compared to a sit-down restaurant, Jeff anticipates that the loan will last more than eight weeks. “In this new incarnation, the margin is bigger but the revenue is smaller,” Jeff said.

At the moment, loans are helping Blue Plate kick the can as far down the road as possible, with the hope that a vaccine or increased virus testing will allow the restaurant to return to some semblance of normalcy soon. Without the loan, Jeff said, he would be in a very different spot. Some restaurant owners of color were having more trouble getting loans, Jeff noted. With the loan and the support of loyal customers who return – some as many as three or four times a week – for good food and personable service, Jeff is optimistic that Blue Plate will weather the times. “I’m thankful for a lot of aspects of what we have — the support of the community, the good will of employees, the opportunity to pay people with the loan we’ve received, and hopefully enough business to catch up on credit card companies and vendors who have been really patient with us,” Jeff said.

Jeff also credits his chef de cuisine, Peter, who prior to working at Blue Plate was used to making fancier dishes at the highest end restaurants. “He applies all that technique to making fried chicken or a Key lime pie,” Jeff said. “Key lime pie is always delicious and always tastes the same, but it doesn’t always hold its form.” With Peter in the kitchen though, it does.

Mother’s Day dinner was almost like a good regular night for Blue Plate, and with the loan that just came in, Jeff said that he and his staff have finally gotten their “heads above the clouds.” Now Jeff can focus on finding ways to keep people interested in Blue Plate, talking, and coming back – just the sort of creative entrepreneurial work that Jeff was after when he decided to enter the restaurant industry decades ago. 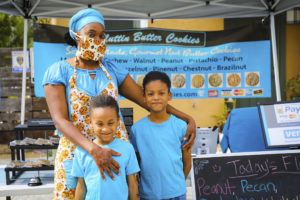 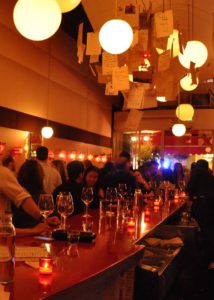 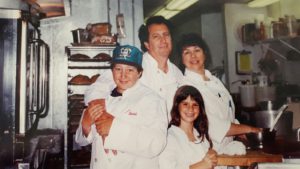